Na sequência da informação anterior - para interessados na matéria... e conhecedores da língua inglesa - reproduz-se artigo no Finantial Times de ontem (ver "post" de 27 de Março último sobre concentração de reservas mundiais).
China to deploy foreign reserves
By Jamil Anderlini in Beijing
Published: July 21 2009 19:09 Last updated: July 21 2009 19:09
.
Beijing will use its foreign exchange reserves, the largest in the world, to support and accelerate overseas expansion and acquisitions by Chinese companies, Wen Jiabao, the country’s premier, said in comments published on Tuesday.
“We should hasten the implementation of our ‘going out’ strategy and combine the utilisation of foreign exchange reserves with the ‘going out’ of our enterprises,” he told Chinese diplomats late on Monday.
Mr Wen said Beijing also wanted Chinese companies to increase its share of global exports.
The “going out” strategy is a slogan for encouraging investment and acquisitions abroad, particularly by big state-owned industrial groups such as PetroChina, Chinalco, China Telecom and Bank of China.
Qu Hongbin, chief China economist at HSBC, said: “This is the first time we have heard an official articulation of this policy ... to directly support corporations to buy offshore assets.”
China’s outbound non-financial direct investment rose to $40.7bn last year from just $143m in 2002.
Mr Wen did not elaborate on how much of the $2,132bn of reserves would be channelled to Chinese enterprises but Mr Qu said this was part of a strategy to reduce its reliance on the US dollar as a reserve currency.
“This is reserve diversification in a broader sense. Instead of accumulating foreign exchange reserves and short-term financial assets, the government wants the nation to accumulate more long-term corporate real assets.”
State-owned groups, particularly in the oil and natural resources sectors, have stepped up their hunt for overseas companies and assets on sale because of the global crisis.
China Investment Corp, the $200bn sovereign wealth fund, has been buying stakes in overseas resources companies and has taken a 1.1 per cent stake in Diageo, the British distiller.
In an interview published in state-controlled media, the chairman of China Development Bank said Chinese outbound investment would accelerate but should focus on resource-rich developing economies.
“Everyone is saying we should go to the western markets to scoop up [underpriced assets],” said Chen Yuan. “I think we should not go to America’s Wall Street, but should look more to places with natural and energy resources.”

-Faço minhas as palavras do Curioso... 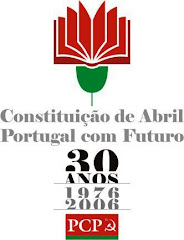 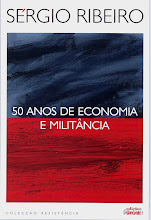